The 2nd Amendment Has never looked so good..

Switch to full style
Shops, Gear, Ranges.. Let others know how your experience was.
Post a reply
pistolpeter1911

I posted briefly about 4 or 5 weeks ago with some pictures of my rifle, and I wanted to do a formal review.

The build took a longer time than what I think the shop normally quotes due to the fact this was during a transitional period from when Fred left until Nick began. So the time the rifle was in the shop was about 8 months. They gave me every opportunity to pick it up and find a different shop, but to be honest I really wanted Fred to do the build, and not knowing anyone else, I decided to stick with them, I figured they want a good product too, as it is their reputation after all. In the end, I was a little bit concerned that I didn't know what I was going to get in the final product.

As the weeks and months went by, I gradually supplied all the parts from the base Remington 700, to the Benchmark barrel, Timney trigger, etc. The shop ordered the new large fluted bolt from PT&G. I paid up front for the cost of the bolt, which was expected, but damn, it took 3 months or so for the bolt to arrive at the shop, each one is built to order.
I think I might have pestered them quite a bit, It got to a point where Josh recognized my phone number and he knew me by name, not sure if that's really a bad thing :)

I FINALLY received the call that it was ready late March. Aside from the fact that the rifle ended up costing way more than I intended, it is #&%@'ing beautiful! I told my wife the total $$$ I'm into this for and she was like WTF, but she just got a new car, so she quickly dropped it, thank God :)

Anyway, I was out shooting today and thought I'd share my best target so far, keep in mind, I'm still new to this, so this is only a 100 yard target, but it's a cloverleaf.

I also wanted to give my thumbs up to the guys at C.a.R they did a fantastic job, and I wouldn't hesitate to work with them again. I did have some other issues with them during this whole process, but I've decided to look past them. I just hope the timetable is more in my favor next time. Again, my situation was unique because of the transition and staffing issues, but that aside, based on the quality of work, I'd gladly give them an A for delivering a kick ass rifle. 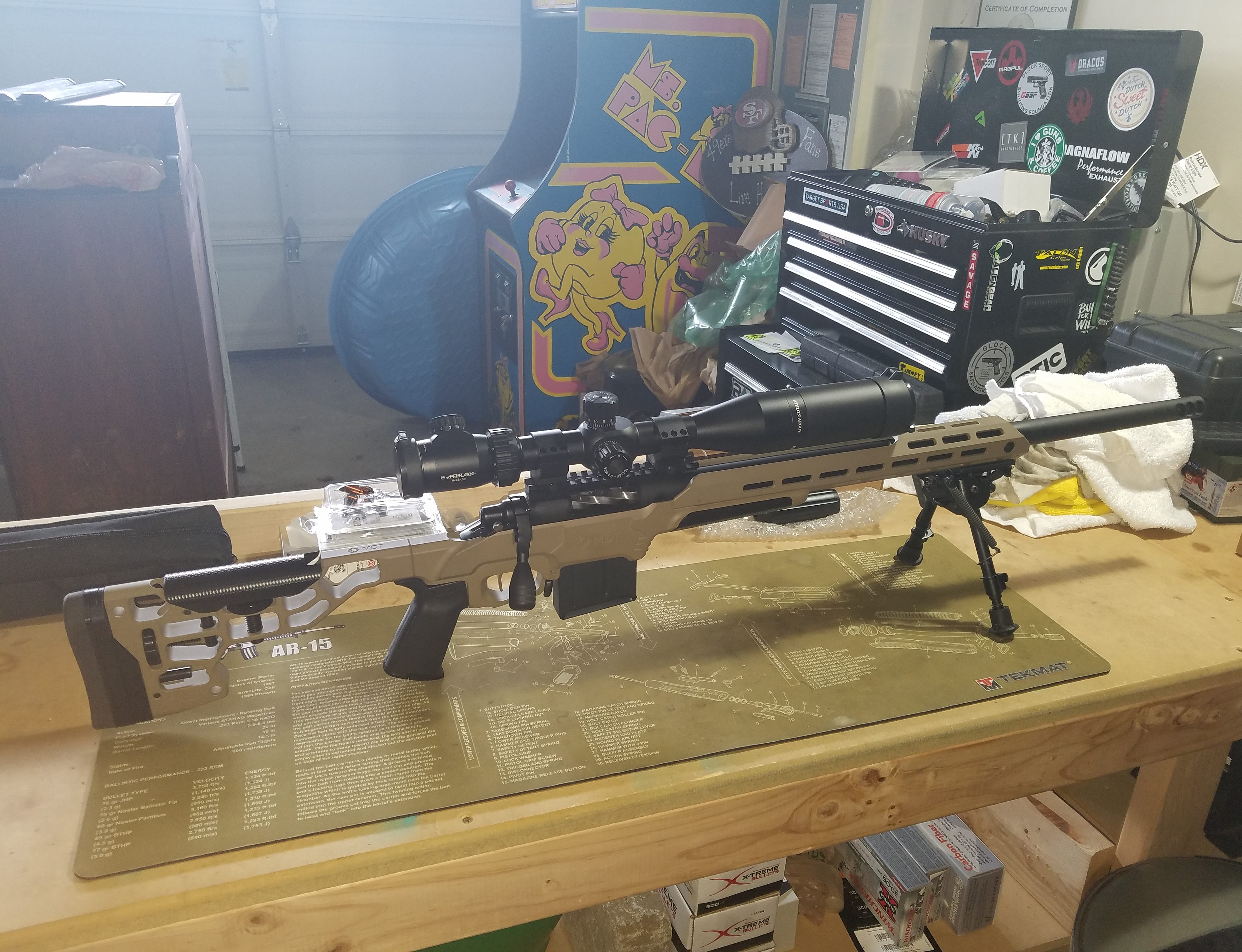 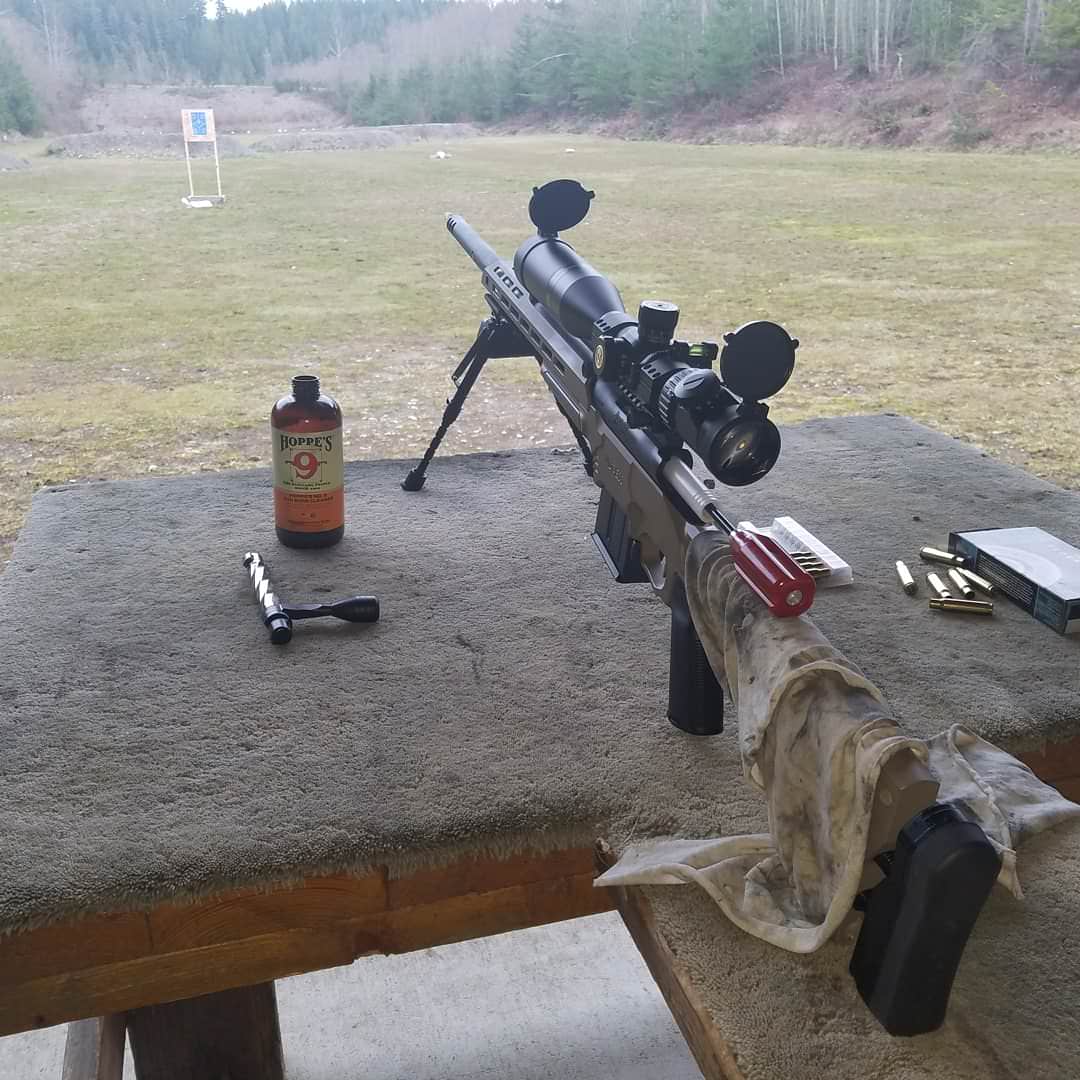 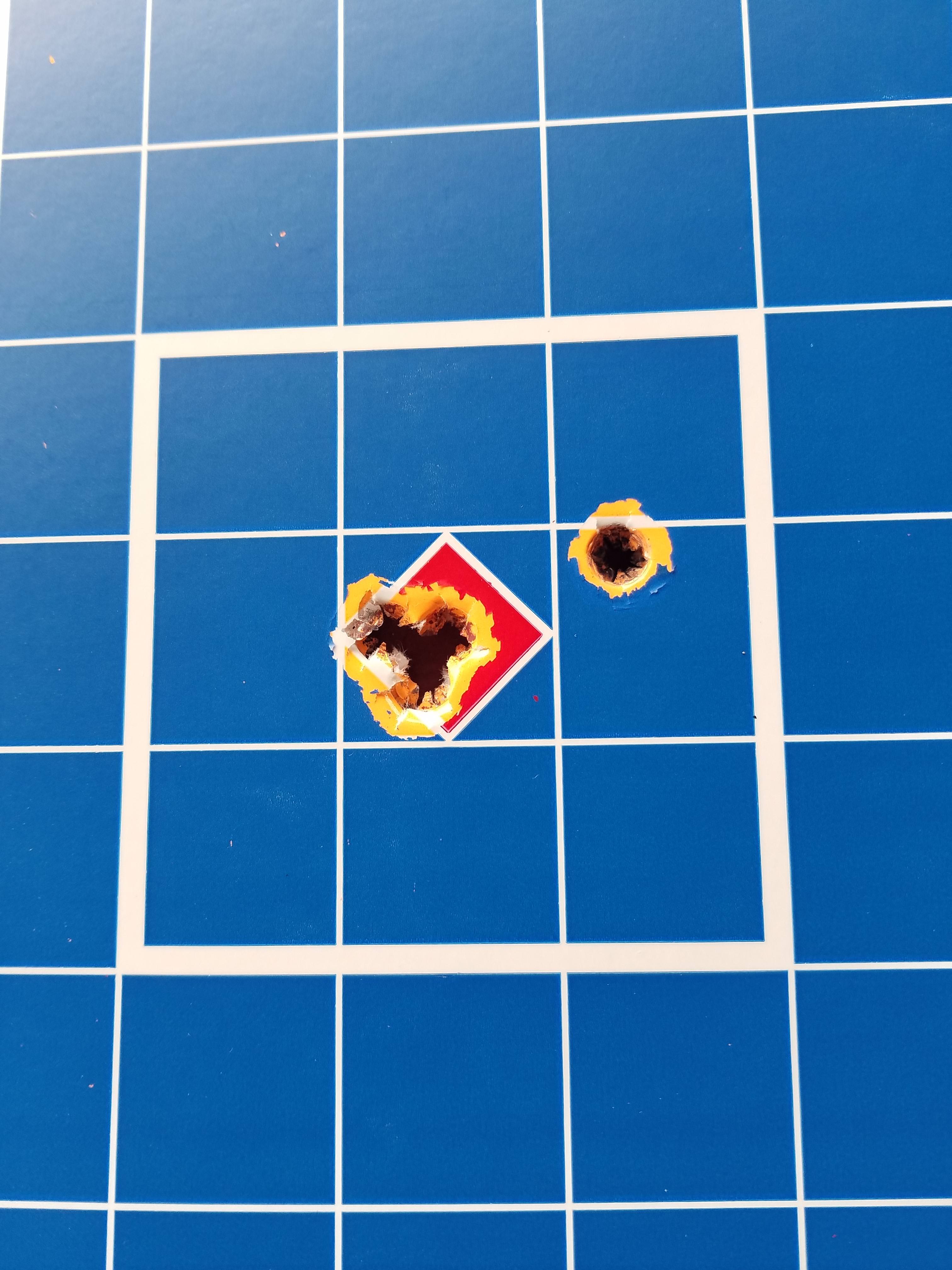 Glad you're happy, & even more glad the wife is good with it

I actually got to put a few rounds through it... Wicked accurate! At 200 yards it was grouping at about 1" total (.5 MOA)
Yukonjon

Awesome looking rifle. I’m sure the groups will get tighter and tighter as you get used to the rifle and it breaks in a bit.

Bring it out to the Nisqually PRS matches. First weekend of every month.
Sinus211

Glad to see you got it all put together! I remember discussing this project when we met at WCA.
pistolpeter1911

Hey, I took your advice and got the Burris rings. They worked out great.
acidfly

Good looking rifle, i know you wanted them to do the work but you could have easily done it all yourself in a weekend...
Sinus211

pistolpeter1911 wrote:Hey, I took your advice and got the Burris rings. They worked out great.

Pretty stout for the price aren't they?
pistolpeter1911

Yea, not too familiar with the lathe, nor fitting a bolt to a receiver, nor the whole machining process, so I doubt this would be even remotely possible for me.

acidfly wrote:Good looking rifle, i know you wanted them to do the work but you could have easily done it all yourself in a weekend...

Got ya, regardless worth the wait. Those groups are sweet

pistolpeter1911 wrote:Yea, not too familiar with the lathe, nor fitting a bolt to a receiver, nor the whole machining process, so I doubt this would be even remotely possible for me.

acidfly wrote:Good looking rifle, i know you wanted them to do the work but you could have easily done it all yourself in a weekend...

Thanks for the review Pete, glad to hear you're enjoying the rifle!!!!!
Post a reply
Switch to full style